Evolution is true! | Whattaya Do? 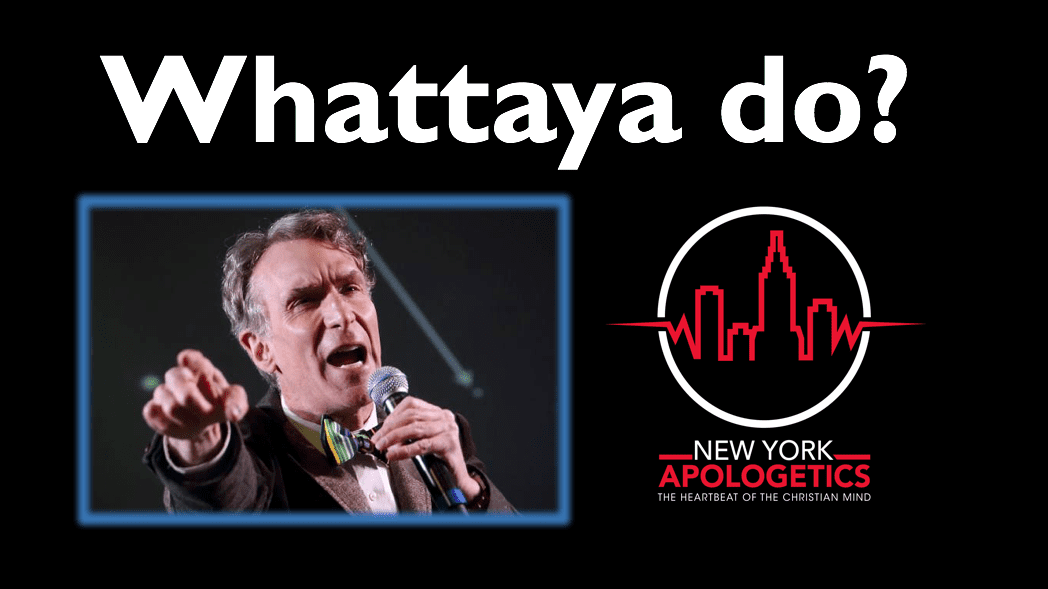 The religion of scientists on university campuses and in academia revolves around evolution.  “Evolution is a fact of science” they say, and “if you don’t believe it, you’re not following science.  Everyone knows it’s a fact.”  All scientists agree that the evolutionary theory as proposed by Darwin and validated by scientific discoveries (the fossil record, the Urey Miller experiment, Hunt’s fruit fly experiment, etc.), is no longer something you can question as a fact.  To them, evolution is a proven theory.  Naysayers can be dismissed as ignorant or religious.

Ask a question:  If evolution is true, does it disprove the existence of God?

Now, I don’t for a minute believe that evolution is true, but if it was, it has no bearing whatsoever on the existence of God.  In fact, there are some theists who actually propose that God used an evolutionary mechanism to bring about humanity; they’re call theistic evolutionists.

Again, I don’t hold to that position for many reasons, and I will list some resources for you research below.

Either way, evolutionary theory does nothing to prove or disprove the existence of God.

However, I think evolutionary theory raises some very big philosophical and moral questions such as:  What is the origin of life?  Where do human rights come from?  Why are humans worth more than a bug, a bird, a bonsai tree or bedrock?  What grounds morality?  What exactly is a human?  Can humans evolve into a higher, more valuable life form?  Does life have meaning?  Who decides what the meaning of life is?  What happens when we die?  Is there ultimate justice?  Evolution can’t answer any of life’s most important questions.

It seems that many scientists also see the inadequacy of Darwinism:  Dissent From Darwinism

Conversely, if God exists, we need to ask another question concerning ourselves.  Have I committed spiritual or moral crimes?  Am I a sinner?  Have I lied, stolen anything, used God’s name in vain, had a prejudiced or hateful thought, or had lustful thoughts?  If so, I’ve broken God’s law.  And if you’re anything like me, you broken these laws multiple times after being awake for only one hour!

The truth is we’ve all broken God’s law and deserve justice.  However, God sent His Son Jesus into the world to seek and save His people.  Scripture says that you need to repent (change your mind about sin, and your direction toward God), and trust in the person and work of Jesus on your behalf.

If you do, He will extend mercy to you and grant you the gift of eternal life. True justice will be served in that every sin will be paid for, either by you or by Jesus.  That way God can maintain perfect justice and exhibit perfect mercy.

Now you know Whattaya Do.  Thanks for asking.

Here are some resources on evolution:

Evolution is self refuting

3 Reasons Why Evolution May One Day Be Renamed Nevolution