I’m a Good Person | Whattaya Do?

If you’ve ever correctly shared the gospel with someone you’ve probably heard “but I’m a good person”.  People will tell you that they’ve never murdered anyone or did anything worthy of hellfire – I’m not like Hitler ya’know!  Most people deny their need for a Savior.  The truth be told, the bible tells us that given an opportunity a man will proclaim his own righteousness, and it’s true.  In their own minds, humanity doesn’t recognize it’s sinful nature and suppresses the truth.

Ask a question, or two:  Have you ever lied or Stolen anything, or Used God’s name in vain, or Had lustful or hateful thoughts?

Most everyone has done these things numerous times over.  So, based on God’s law, the ten commandments, they would be declared a lying, thieving, blaspheming, murderous, adulterer at heart – and have to face a righteous and Holy God on judgement day! 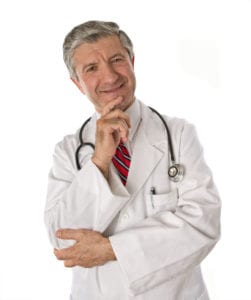 Based on the commandments, would you be considered innocent or guilty?  They would be guilty of course, however you’ll be surprised at how many people will still proclaim their innocence.  The simple fact of the matter is that we all have sinned and fallen short of the glory of God.  David asks “if you (God) marked iniquity, who could stand?”

The commandments are designed to reveal a person’s need for a Savior the same way a doctor’s diagnosis is designed to show a patient his need for medical treatment.  If a doctor explained to you that your symptoms reveal you have a deadly disease, you would be ready to hear whatever he had to say next.

You probably would ask for the cure before he finished speaking.

The solution:  Gratefully, there is a cure for sin.  Jesus.  He is the only Savior, and our only hope.  The only question left is will you take the medicine he’s prescribed and be cured?

The bible says repent (turn) from your sin and believe (trust) in Jesus.  Don’t fool yourself into believing you’re good enough to get to heaven.  The situation is so severe that the Son of God had to come down out of heaven to die on a cross to pay for your sin.  He was buried and raised on the third day to show that His payment to the Father was accepted.  Do not turn a blind eye to His mercy and bend the knee to Him now.

Well, now you know Whattaya Do.  Thanks for asking.