Christians are Hypocrites | Whattaya Do? 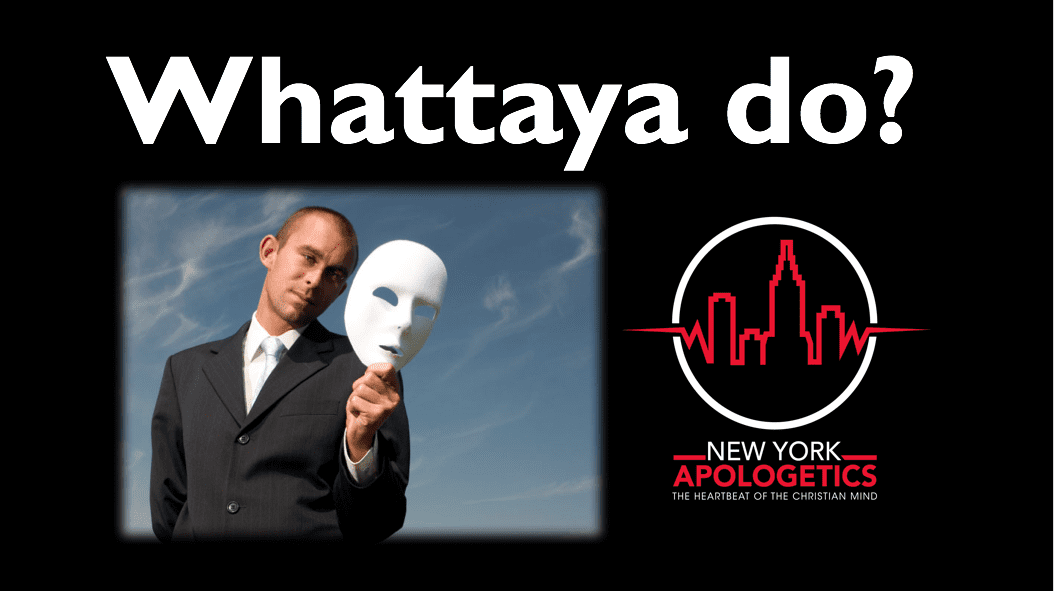 If you’ve ever brought up religion in a conversation and told people you were a Christian, you may have heard this response: “Christians are hypocrites.  Christians say one thing and then do another.  They talk about living a holy life and how we have to do the same.  Everyone knows that they don’t live that way themselves.”  Sound familiar?

Ask a question: Is the truth about Jesus and Christianity contingent on it’s followers?  In other words, do the actions of hypocritical people change the facts about Christianity? The simple answer to that question is NO!  The moral inability or hypocritical living of people has no bearing on the truth of Christianity, however it does have a bearing on it’s reputation.  The followers of Jesus are to be loving, truthful, humble, patient, kind, meek, gentle and respectful.

When Christians do not act they way they are commanded to in the scriptures, it brings reproach on the name of Jesus and damages it’s reputation.  Christians are people who’s hearts have been changed by God and are growing in the fruit of the Spirit.  This fruit is a sign that they’re Christians, but it often takes some time for this fruit to grow.

On the other hand, there are people who claim to be Christians and continue to live purposely sinful lives.  They truly are hypocrites!  Unfortunately, they damage the cause of sincere Christians who have been changed by the power of God and do actually follow Jesus.  These hypocrites will face the judgment just like everyone else and their hypocrisy will be evident to everyone.  Their judgment will actually be harsher since they claimed to know better.

A real Christian may slip into sin, but they will never never stay there.

So, yes, some so-called “Christians” are hypocrites.  However, neither true followers of Jesus, or the hypocrites who say they follow him, have any bearing on the facts of Christianity.  Those facts stand or fall on their own merit and cannot be changed by human behavior.

Remember this, if you’re watching a Christian who is acting hypocritical, it’s best to check out who they say they’re following.  Never judge a faith by it’s followers, judge it by it’s leader.

In the case of Christianity, that would be Jesus.  I’m confident that you’ll be moved by his life as I was.

So, know you know Whattaya Do.  Thanks for asking.