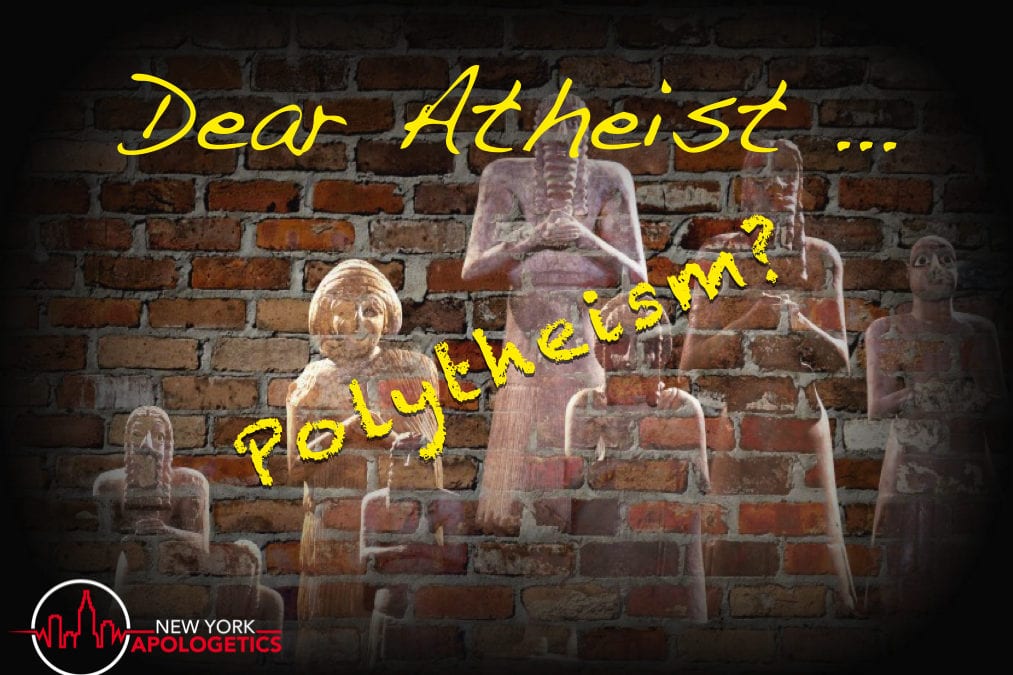 I have heard many of you claim that apologetics as a discipline does not point to the monotheistic God. This assertion may be an attempt on your part to water down the strength of the apologetic arguments by creating what must seem like an unanswerable dilemma, Polytheism or Monotheism? To you this may feel like an argument against Christianity, because Christianity is monotheistic as you know. Even though there are different ways to answer this dilemma, I have chosen one that should help clarify why this dilemma is not actually a dilemma.

(In Christianity and other monotheistic religions) the creator and ruler of the universe and source of all moral authority; the supreme being.

Is it greater to have all knowledge or partial knowledge? All Knowledge.

Is it greater to have all power or some power? All Power.

Is it greater to be omnipresent or be in one place at a time? Omnipresent, etc.

The term God by definition can only truly be used in a monotheistic system. When you say that apologetics does nothing to support the idea of God as monotheistic, you violate the definition, the very concept of God. That is the real dilemma.  Know your terms!