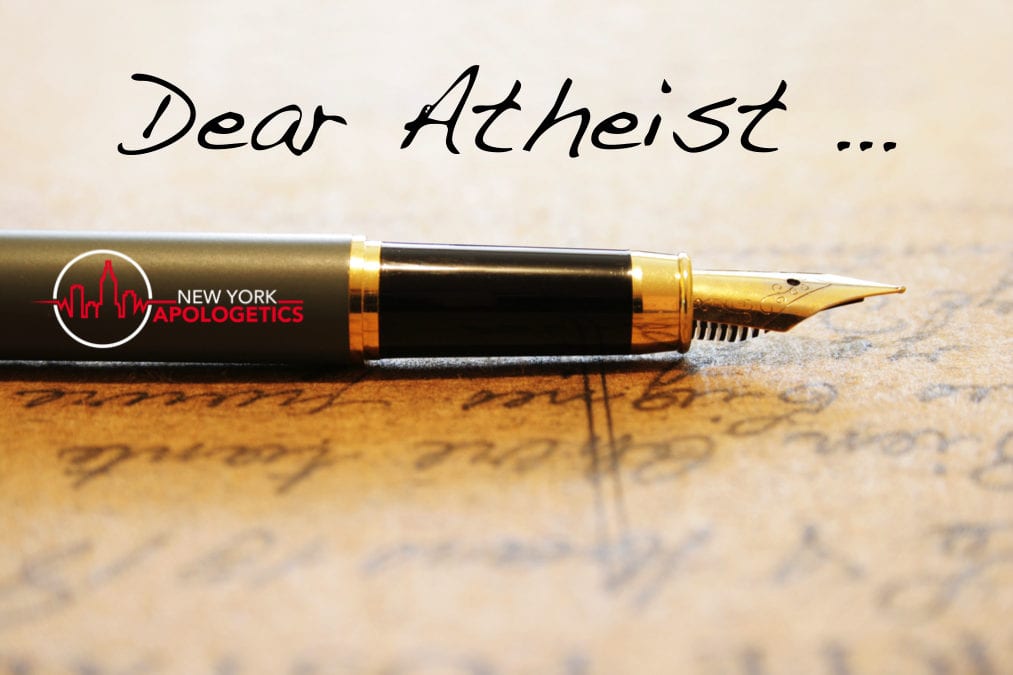 Whether you are an Atheist or a Theist, the Law of Non-Contradiction as explained in this segment of “Dear Atheist” should be of great concern to you with respect to the position you hold on the question of whether or not God exists.

Most of the atheists that I encounter would agree that there are at least three positions when answering the question of God’s existence.

The question: Does God exist?

The Law of Non-Contradiction removes one position as an answer.

This Law of Non-Contradiction states that contrary statements cannot both be true in the same sense at the same time.  “A is B” and “A is not B” are mutually exclusive.

Logical Answers for both the Atheist and the Theist.

Because the question is either true or false, there are only two logical answers.

The “I don’t know if God exists” statement is not a valid answer to this question with regard to truth.

You can plainly recognize that the Law of Non-Contradiction does not allow for Agnosticism or the ‘I don’t know if God exists claim’ as a valid answer.

Conclusion : It is either true or false.

If you are an Atheist and think that you do not have to assert that God does not exist, think again. You have an opportunity to choose your answer to this question. Choose wisely.