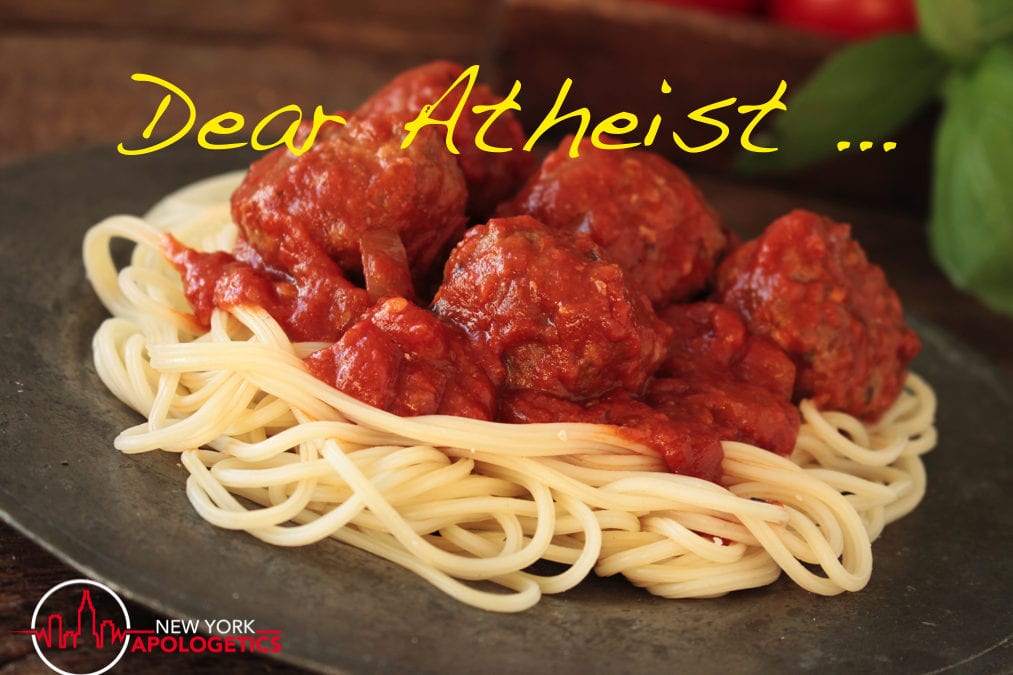 Welcome our blog article title Dear Atheist. These segments entitled Dear Atheist, talk about issues commonly asserted by atheists toward those who believe in God. If you have a comment or disagree, please feel free to state and support you reasoning below.

So for all you Atheists who think this makes sense, even sarcastically, you may want to think about Cosmology for a moment. The consensus in cosmology is that the universe had a beginning a finite time ago at the Big Bang. (About 13.7 billion years.) The universe of course, being made up of Space-time and matter implies that anything outside the universe (it’s cause) cannot be made of matter. If matter existed before the universe, then the universe created itself and that’s not possible. Therefore, as you say your God is made of spaghetti (matter), you violate the laws of logic and you violate what is known about the universe in current cosmology.

Dear Atheist, Perhaps this will help you.

God by definition is the greatest conceivable being and as such would have great making properties.

God would at the very least be defined as:

It would seem that some atheists think that making an unsupported claim is somehow an argument for the truth.

If you want to be taken seriously, and you feel as though you have a real argument or thought that can be supported, we would love to hear from you. If not, then by all means cook up a nice bowl of spaghetti.