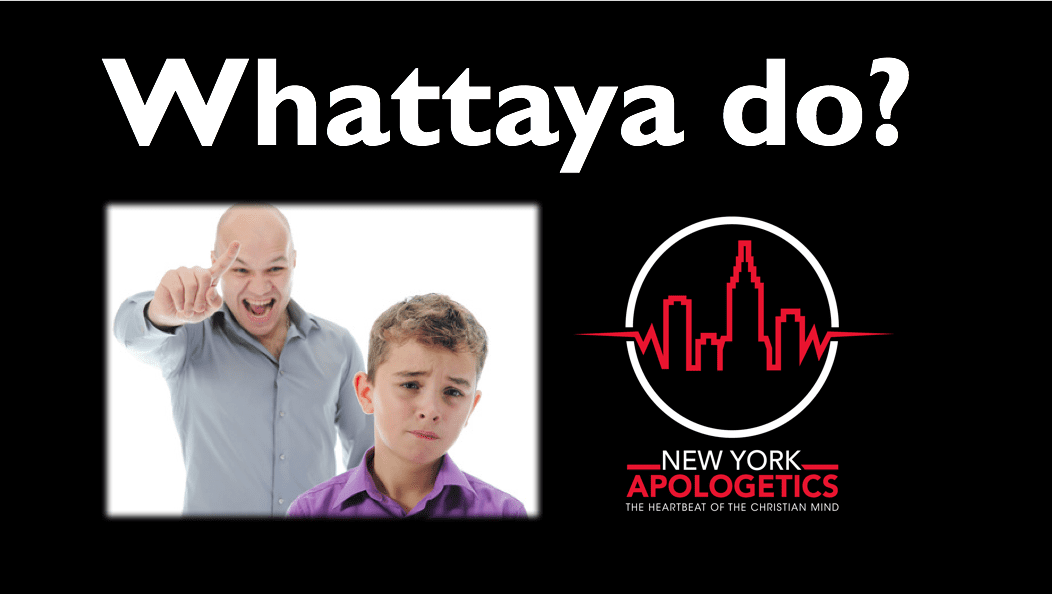 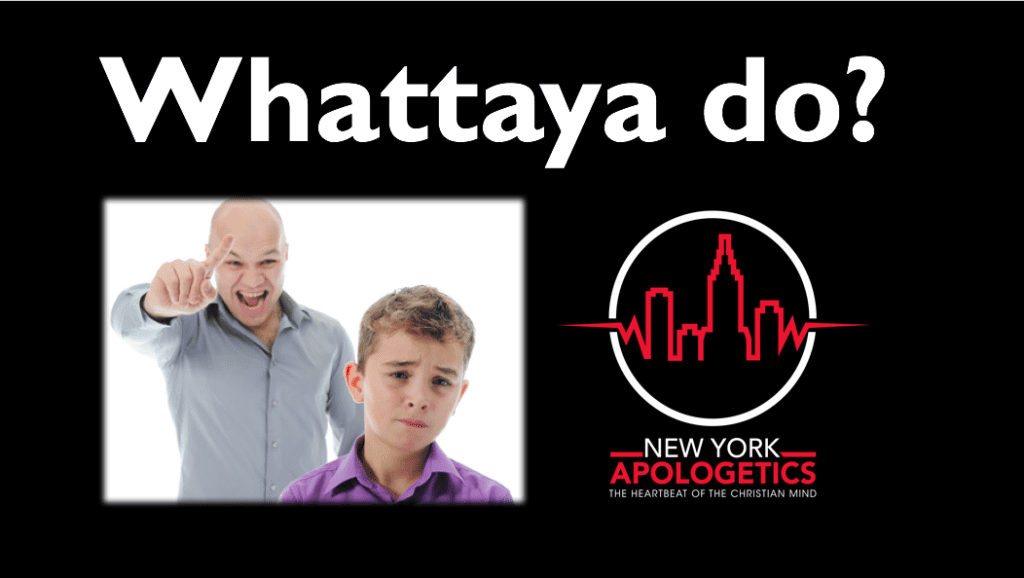 Some skeptics, and even emergent ministers within Christianity, have made the claim that Jesus being sacrificed for our sin is cosmic child abuse.  They say that a God of love would never inflict punishment on His own child or require a blood sacrifice for sins.  According to them, God is love and forgives us unconditionally without all the bloodshed.

Ask a question: What exactly is the cost for sinning against an infinite and holy God, and how is it paid for?

This skeptic’s claim is theological in nature and will require some knowledge of God’s revelation of Himself, and us as His creation.  First, God is the potter and we are the clay,  In other words, He created us – we didn’t create Him.  He describes Himself as infinite, omniscient, omnipotent, just, holy, and loving.  Since He is holy and just, every spiritual crime (sin), has to be accounted for and dealt with.

If a person stole your car and was caught, there would be a fine or penalty levied against the person who committed the crime.  The same is true on a spiritual level.  Would it be “love” for God to let guilty criminals go free without consequence?

Real justice is not served if the judge lets the person who stole your car go without a penalty.  Either stealing a car has consequences or it doesn’t, and the larger the crime, the larger the penalty.  If there is a consequence, then the thief must pay the penalty.  A judge letting him go without a penalty is unjust.  If stealing a car doesn’t have a penalty, then morality (the law) is irrelevant and therefore do as you wish!  We either have a system of laws with penalties, or we have a “do as you wish” mentality with no consequences.  We will either have definite penalties or no penalty at all.  I think you can see the problem with that.

God is a just judge and He gives us laws to live by.  You might know them as the ten commandments.  When we break those laws, a penalty is assessed to us that we will have to pay on judgement day.  God is also a perfect judge in that all spiritual crimes (sin) will be accounted for and paid.  A sin against an infinite God requires an infinite penalty.  No crime slips through the cracks or goes unpunished – that’s bad news for us.  So, the question becomes how does God not condemn everyone as guilty and send them off to spiritual jail (hell) since we all have broken His laws? 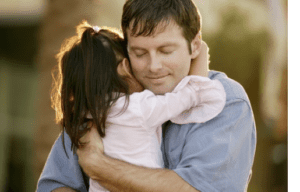 In an act of mercy, God offers us a pardon in His Son Jesus.  Jesus comes to earth to live a perfectly righteous life, die on the cross for the sin of His people, and rise from the dead to show that His payment for our sin was acceptable to God the Father.

The charge of “cosmic child abuse” is rendered invalid when we see what Jesus said about his life as the payment for sin in John 10:18.  He says “No one takes it from me, but I lay it down of my own accord. I have authority to lay it down, and I have authority to take it up again. This charge I have received from my Father.”

God doesn’t force Jesus onto the cross, however Jesus voluntarily sacrifices himself for the sin of his people.

In this act of sacrifice, the punishment due for our sins gets placed on Jesus and justice is served.  God is satisfied with this payment as He is the one who composes the law and issues it’s consequences.  It is only by the sacrifice of Jesus that perfect justice and perfect mercy can be carried out.

Scripture says that if you repent of your sins, and trust in Jesus as the payment for them, you will be saved.  If you understand that your sin deserves justice, you too can receive perfect mercy by repenting.

So, know you know Whattaya Do.  Thanks for asking.