4 Quotes on Natural Selection Everyone Should be Aware of 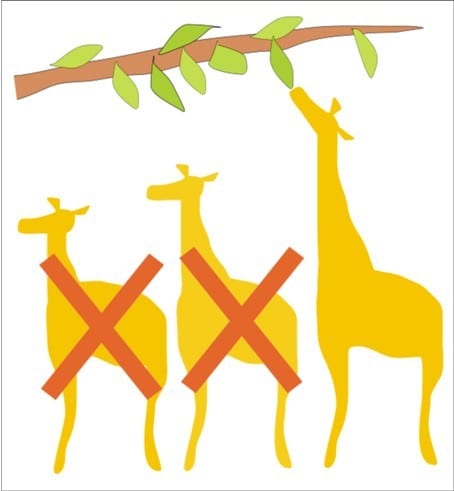 1. Familiar claims to the contrary notwithstanding, Darwin didn’t manage to get mental causes out of his account of how evolution works. He just hid them in the unexamined analogy between selection by breeding and natural selection…we can claim something Darwinists cannot. There is no ghost in our machine; neither God, nor Mother Nature…and there are no phantom breeders either. What breeds the ghosts in Darwinism is its covert appeal to intensional biological explanations…Darwin pointed the direction to a thoroughly naturalistic—indeed a thoroughly atheistic—theory of phenotype [trait] formation; but he didn’t see how to get the whole way there. He killed off God, if you like, but Mother Nature and other pseudo-agents got away scot-free. We think it’s now time to get rid of them too.  (Fodor, J. and M. Piattelli-Palmarini. 2010. What Darwin Got Wrong. New York: Farrar, Straus and Giroux, 162-163.)

2. No one who has attended to the breeding of domestic animals will doubt that this must be highly injurious to the race of man. It is surprising how soon a want of care, or care wrongly directed, leads to the degeneration of a domestic race; but excepting in the case of man himself, hardly any one is so ignorant as to allow his worst animals to breed. (Charles Darwin, The Descent of Man, 2nd ed. (1874), ch 5 www.gutenberg.org/dirs/etext00/dscmn10.txt)

3. What is the use of their (bacteria) unceasing mutations if they do not change? In sum the mutations of bacteria and viruses are merely hereditary fluctuations around a median position; a swing to the right, a swing to the left, but no final evolutionary effect. (Pierre-Paul Grasse, Evolution of Living Organisms (New York: Academic Press, 1977), 87.)

4. Although, at the phenotypic level, it deals with the modification of existing parts, the theory is intended to explain neither the origin of parts, nor morphological organization, nor innovation…But selection has no innovative capacity: it eliminates or maintains what exists. The generative and ordering aspects of morphological evolution are thus absent from evolutionary theory.  (G. B. MÜLLER, ‘Homology: The Evolution of Morphological Organization’ in G. B. MÜLLER and Newman S.A. (eds.), Origination of Organismal Form. Beyond the Gene in Developmental and Evolutionary Biology, Harvard, MIT Press, Vienna Series in Theoretical Biology, 2003, p. 51.)