Why The Past Cannot Be Infinite 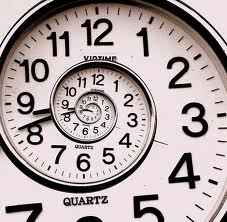 The evidence from science points to a beginning for the universe. Some atheists, understanding the possible theological implications of a beginning, prefer to set aside science and assert that the past is infinite either in terms of the number of years this universe has existed, or in terms of a fantasized infinite series of universes in a multiverse.

Most people find the discussion of infinities somewhat difficult to wrap their minds around, so I will keep this discussion clean and simple.

What Does an “Infinite Past” Mean?

In the real world, an infinite past means that if you were to set the current year as t = 0 and count back into the past, there would never be an end to your counting, for there is no year in the past that was the “beginning.” No matter how long you counted, you would still have an infinite number of years ahead of you to count and, if you were to look back at the set of years you have already counted, it would always be finite. An imaginary past history that is composed of an infinite number of years that have elapsed one at a time can be described as a countably infinite set.

Why the Age of the Universe Cannot Be Infinite

An interesting property of a countably infinite set of years containing ℵ0 members is:

Why is this a problem for an infinite past?

Well, consider Carroll’s suggestion that all we need for an infinite past is for time to elapse from “minus infinity.” But his suggestion means that past history would have had to “count through” a countably infinite set of years with ℵ0 members. Given the above-mentioned property, however, no matter how many members of that set tick by, there will always still be ℵ0 years to go before it arrives at the present. In other words, if the past is infinite, actual history would never, ever make any progress at all in getting closer to the present, or any other arbitrary point in time. There would always be ℵ0 years to go before any historical event could occur.

Yet here we are. The only way this can be possible is if the past is not actually composed of ℵ0 years. The set of years in the past is finite (as opposed to infinite) and there was a beginning, as science also seems to indicate.

Or as mathematician George Ellis and physicist Joe Silk, in an article in Nature on defending the integrity of physics, wrote: In our view, cosmologists should heed mathematician David Hilbert’s warning: although infinity is needed to complete mathematics, it occurs nowhere in the physical Universe.

Why Past History Cannot Be Infinite: There Must Be a Beginning

The evidence from science points to a beginning for the universe. Some atheists, understanding the possible theological implications of a beginning, prefer to set aside science and assert that the past is infinite either in terms of the number of years this universe has existed, or in terms of a fantasized infinite series of universes in a multiverse.