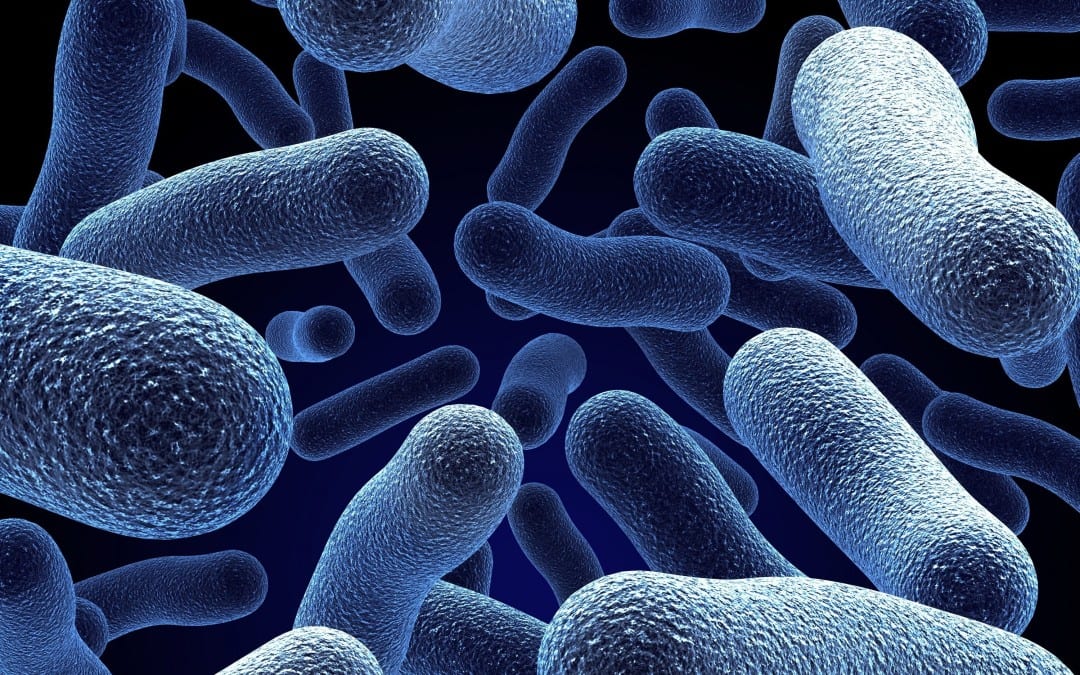 If the real “stuff” of the universe is information, as William Dembski argues in his book Being as Communion, it makes sense that life would make it a high priority to preserve that information. To a Darwinian who deals in chance processes, though, information is just a haphazard by-product of variation and selection. Some recent papers provide an opportunity to compare the explanatory success of both positions.

That DNA bears coded information has been non-controversial since the 1950s, of course, but we should not forget how revolutionary a concept that was. Before that, heredity reduced to chemistry. Some envisioned a homunculus in the cell, a reduced form of the organism that merely grew to maturity. Mendel conceived of alleles in pairs that accounted for traits. But to find that the carrier of heredity was a digital code inscribed on molecules must surely count as one of the most revolutionary findings in the history of science. It also made sense: the vast diversity of living things could be explained by complex specified information encoded in a universal chemical language.

Now we are in the throes of another revolution. Epigenetics is revealing codes above codes; systems of data flow, quality control, and information processing that cannot be reduced to DNA itself. Let’s look at a few of these with an “information” focus.

To be transcribed, DNA has to be accessible. If the double helix is too rigid or too loose, its readability is compromised. The double helix of DNA wraps around chromatin to form nucleosomes. This would seem to lock it away from the transcription machinery, but a remarkable set of molecular tags is coming to light that modulates the stiffness of the DNA strand on chromatin, so that it can “loosen up” when needed for translation, but stay rigid enough to be durable at other times.

These tags, called methyl groups (5-mC), formyl groups (5-fC) and carboxyl groups (5-caC), attach to cytosine bases in the DNA at the fifth carbon. The type of tag affects the flexibility of the strand, probably because of each tag’s unique electrostatic signature. How this works was reported recently in Nature Communications by American biochemists at Eastern and Midwestern universities.

Molecular dynamics simulations show that these modifications promote or dampen structural fluctuations, likely through competing effects of base polarity and steric hindrance, without changing the average structure. The increase in DNA flexibility increases the mechanical stability of the nucleosome and vice versa, suggesting a gene regulation mechanism where cytosine modifications change the accessibility of nucleosomal DNA through their effects on DNA flexibility. [Emphasis added.]

The authors list the following possible functions for these tags:

5-mC is found in most plants, animals and fungi, and has a profound effect on genome stability, gene expression and development. 5-hmC, 5-fC and 5-caC may also function in gene regulation. For instance, 5-hmC is preferentially enriched at distal regulatory elements such as enhancers in mouse or human embryonic stem cells, whereas 5-fC or 5-caC tend to accumulate at poised enhancers and promoters. Possible mechanisms for the regulatory role of cytosine modifications include the following: (1) altering the physical properties of DNA; (2) modulation of chromatin accessibility; and (3) recruitment of proteins that recognize cytosine modifications as their substrates followed by transcriptional activators/repressors that translate the presence of modifications to downstream signalling of transcription machinery.

If the proteins are recognizing these cytosine modifications, they are in essence reading a code that is independent of the DNA sequence. It’s like calling out, “Tag found here; call in the activator.” The activator signals the transcription machinery accordingly. That’s fascinating enough, but the tag actually modifies the physical properties of DNA as well:

They go on to describe in detail how this works (interested readers can study this open-access paper). Depending on the tags, they stiffen the strand to lift it from the chromatin, making it accessible to transcription machinery, or loosen the strand to allow it to wrap more tightly around the nucleosome. For example, “Methylation-induced increases in DNA stiffness likely arise from the restriction of the conformational fluctuations caused by the bulky methyl groups,” possibly inactivating a gene. The 5-fc tag, by contrast, loosens the strand so that repair enzymes can get to repair a spelling error. These tags are not necessarily independent. The authors think they work together in a combinatorial way, modulating each other’s influence. In addition, they appear numerically significant: the more 5-fc, the more stable the strand:

It’s a work in progress that warrants further attention. But we’re not done yet.

A commentary in Nature about a recent paper explores the impact of a methyl tag’s position. Transcriptional regulation appears to be influenced not just by the presence of a methyl tag (CH3), but also by which nitrogen atom in an RNA base it is attached to. One such form, called m1A, was thought to be a bug; now it appears to be a feature.

Dominissini and colleagues’ findings represent an intriguing step for epitranscriptomics. More work is needed to understand the mechanism by which m1A influences translation initiation and regulation, as well as the changes in its levels in stress responses. It will be exciting to see how this modification affects, and is affected by, RNA structure. Moreover, we need to know about the hypothesized proteins that are ‘writers’, ‘readers’ and ‘erasers’ of m1A and thus take part in the dynamics of its regulation. Finally, as yet another modified base has been identified in mRNAs, one wonders how many more exist: is this the final one, or are we just seeing the tip of the epitranscriptome iceberg?

Definitely exciting! Searching for “hypothesized writers, readers, and erasers” of these tags makes sense in light of the design perspective. They must be doing something important. But then, what is telling them what to do?

A paper in Current Biology explains how cells keep their focus on the signal in a noisy environment:

Transcriptional regulation is noisy, yet despite this variability, embryonic development reproducibly generates form and function. Recent work demonstrates that patterns of transcriptional activity in embryos are stably inherited through mitosis. These observations have implications for how accuracy arises in development.

What do the words “signal” and “accuracy” imply? Information, of course. This recalls our exploration of targets as a measure of intelligent design. It also makes one think of the chicken embryo sequence in Flight: The Genius of Birds that leads to a working chick at the end of a “highly elaborate dance” of many protein parts. The author of this paper puzzles over how the embryo gets to the target. One thing is certain: it works. The chick grows up to lay eggs that will grow more chickens that will lay eggs, maintaining the accuracy of the embedded coded instructions over thousands of generations.

Think about the problem of maintaining genomic integrity during cell division. Machines are reading and duplicating DNA extremely rapidly while the cell is transcribing genes. This presents many challenges, not the least of which is avoiding extra copies of gene products. The number of proteins generated has to be tightly controlled, but now the cell has two DNA strands exposed to the transcription machinery, increasing in a stepwise manner. How does the cell keep the “DNA dosage” constant during this dynamic whirlwind of activity? How does the cell maintain “expression homeostasis”?

Now there’s a challenge many of us never thought about. Three Israeli scientists explore possible answers in Science Magazine:

Genome replication introduces a stepwise increase in the DNA template available for transcription. Genes replicated early in S phase experience this increase before late-replicating genes, raising the question of how expression levels are affected by DNA replication. We show that in budding yeast, messenger RNA (mRNA) synthesis rate is buffered against changes in gene dosage during S phase. This expression homeostasis depends on acetylation of H3 on its internal K56 site by Rtt109/Asf1. Deleting these factors, mutating H3K56 or up-regulating its deacetylation, increases gene expression in S phase in proportion to gene replication timing. Therefore, H3K56 acetylation on newly deposited histones reduces transcription efficiency from replicated DNA, complementing its role in guarding genome stability. Our study provides molecular insight into the mechanism maintaining expression homeostasis during DNA replication.

There’s a lot more one could say. PhysOrg talks about how certain proofreading enzymes physically “yank” on RNA to keep the splicing machinery from starting at the wrong spot. News from Nencki Institute in Poland explores why it is that one base substitution in non-coding DNA can lead to disease (that’s like having one spectator leave a stadium and affect the outcome of the game). A research site in Belgium adds an additional layer of complexity to the human protein landscape, revealing that shortened versions of proteins are not only conserved, but are tightly regulated and have functions. And Science tries to come up with a unifying model of epigenetic regulation, seeking to get a handle on the “intricate ‘web’ of proteins, chemical modifications, and RNA that together organize genomic DNA into chromatin.”

If early geneticists could barely conceive of digital codes as the basis of life, early 1950s biologists hardly knew what the next sixty years would reveal about additional levels of information that regulate the newly discovered genetic code. Intelligent design theory is well positioned to lead the charge into biology’s information age.

If the real “stuff” of the universe is information, as William Dembski argues in his book Being as Communion , it makes sense that life would make it a high priority to preserve that information. To a Darwinian who deals in chance processes, though, information is just a haphazard by-product of variation and selection.