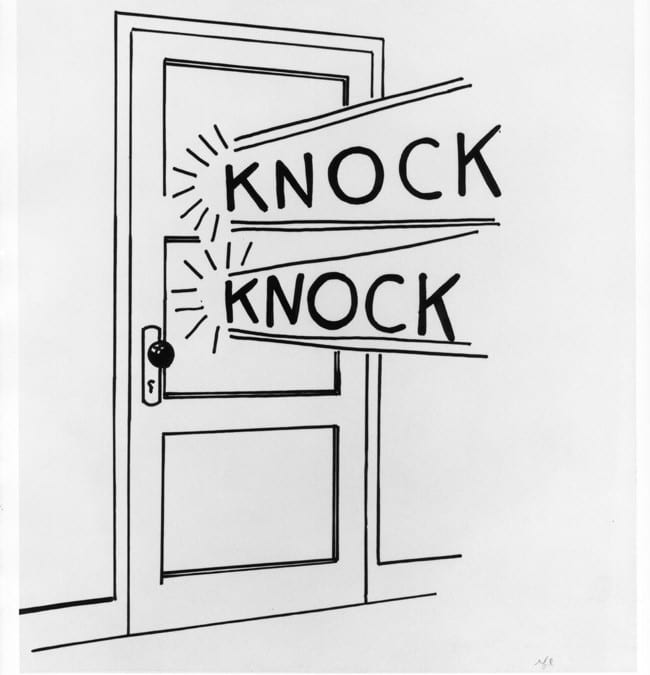 My kids are always working on an angle to get some candy.

In reality, if I was sitting on my couch and heard “knock, knock” on the door, I would either get up and open the door, or shout “who is it?”

Then, I would expect to see a person or hear a voice, and I don’t think anyone would take issue with that.

The non-theistic, naturalistic explanation of the universe seems to ignore the simple law of causality; every effect needs a cause. A knock needs a knocker, and a personal one at that!

Non-theists dismiss a creator because He would be timeless, spaceless, and immaterial – and that is not allowed in their world view. If your world view excludes everything immaterial to begin with, you certainly won’t conclude an immaterial cause.

Knock, knock
Who’s there?
No one?
No one who?
No one who created everything!

The Creator has given us ample evidence of His existence through the created world and He knocks on the door of our hearts:

Knock, knock.
Who’s there?
Orange.
Orange who?
Orange you going to let me in?

Follow at the evidence where it leads… think it through.