Cosmology: a Religion for Atheists? 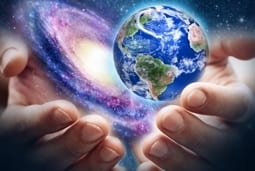 In the film The Theory Of Everything, Stephen Hawking (portrayed by Eddie Redmayne) claims that cosmology is “a religion for intelligent atheists”. The question haunts the film as it haunts Hawking’s books.

In this 40 minute talk, Dr William Lane Craig examines this claim concerning cosmology using dialogue from the film and quotations from Professor Hawking’s own publications and those of other cosmologists. Dr Craig explains the thinking behind some of the cosmological theories of the origin of the universe as portrayed in the film and explains some of their implications. He examines questions such as:

A 40 minute question and answer session follows the talk. Questions covered the possibility of a “big bounce” instead of a “big bang”; the relation of cosmological theories to the Genesis account of creation; the issue of the time at which God decided to create the universe; Bertrand Russell’s idea of the universe as a brute fact; and the God of the gaps issue.

This lecture was delivered at Highfield Church, Southampton, UK. Still images from The Theory Of Everything (Universal Studios and Focus Features) have been included under and constitute Fair use for Academic Purposes.

Dr William Lane Craig’s Kalam Cosmological Argument is the most widely discussed argument for the existence of God in contemporary western philosophy. He is Research Professor of Philosophy at Talbot School of Theology and Houston Baptist University. He has published over 40 books and over 150 articles in peer-reviewed journals. He is most known online for his lectures and debates with leading atheists and skeptics.