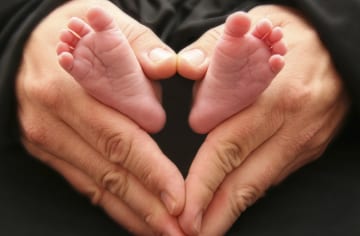 Hillary Clinton: “The unborn person does not have constitutional rights.” (April 3rd – 2016)

“It’s wrong to kill a person, but permissible to exterminate a rat.” By this logic the average Nazi could convince himself killing Jews was okay since Jews were “rats”—dangerous and disease-carrying rats. So observes David Livingstone Smith in his book Less than Human: Why We Demean, Enslave, and Exterminate Others.

The basic observation of Smith’s book is that people will dehumanize their enemies before enslaving, torturing, or killing them. The Hutus of Rwanda regarded the Tutsi as “cockroaches” and clubbed them to death by the hundreds of thousands. White Americans called Native Americans “savages,” and African Americans “property,” in order to justify rape, man stealing, and the piles of corpses. On and on the historical record reads, all the way back to ancient Chinese, Egyptian, and Mesopotamian literature.

It’s hard to kill or enslave your own kind, Livingston says. Easier to kill something subhuman, especially if it is systematic and legally-sanctioned killing. A murderous regime doesn’t only need power, it needs legitimizing, a moral argument, a sense of its…rights.

Jumping to our own day, is it any wonder, then, that pro-choicers call the entity inside of a woman’s womb—well, what shall one call it? A fetus? Organic tissue? Uterine contents? A clump of cells? A part of the woman’s own body, like an appendix?

Furthermore, we should not be surprised that pro-choice forces employ our most sacred American values to maintain their regime: “choice” or “freedom” or the “rights of a woman.” There are no greater arguments than these in the American moral universe. Except, perhaps, life. So that thing must not really be a human life, right?

You see how the argument works. It follows the same script as nearly every other slave-holding or genocidal regime in history.

Yesterday, the oppressors used the language of science—called race science—to downgrade the humanity of their victims or slaves. African Americans did not have “white blood.” The Nazis claimed to have developed a test for revealing non-Aryan blood.

Today, pro-choice feminists and philosophers will grant that the unborn entity possesses human DNA. It doesn’t have a dog or a cockroach’s DNA, after all. We know better than the Nazis. But these writers employ the philosophical category of a person, in order to maintain the distinction between the unborn entity and a rights-possessing human. Being a person requires “viability” or “sentience,” or something like that.

One way or another, whether in the language of science (what is a human?) or philosophy (what is a person?), we find some way to demote “it.” The zygote, the embryo, the fetus—words that belong in an alien movie—are not fully us. Ironically, the pro-choice lobby postures as a movement for equality, progress, and protecting the oppressed. Meanwhile, abortion clinics offer drop-down website menus of fetus parts for purchase: tongue, eyes, limbs, head, ovaries, scalp (see exhibit C3 on page 9 here).

How careless, then, for Hillary Clinton to stumble off script a few weeks back. “The unborn person does not have constitutional rights,” she said in an MSNBC interview. Didn’t she get the International Planned Parenthood memo instructing pro-choicers not to use the “p” word?

Secretary Clinton dug herself in deeper by then using the “c” word: The fact that these unborn people don’t have constitutional rights, she continued, “doesn’t mean that we don’t do everything we possibly can in the vast majority of instances to, you know, help a mother who is carrying a child and wants to make sure that child will be healthy, to have appropriate medical support.” Wait, it’s a child?

Well, not a full child, apparently. You can have some level of moral obligation to a subhuman child. You’ll feed your slave’s children, for instance. So, fine, fine, “fulfill your obligations,” Clinton concedes, but, remember, that “does not include sacrificing the woman’s right to make decisions.” Ah, there we go, safely back on script.

What Is a Person?

Let’s assume for a hypothetical moment that killing a “person” is in fact wrong. What should we say makes a person a person?

A still popular definition dates back to Greek antiquity: man is a rational animal. Unlike other beasts humans can think (sometimes). A simple theory, but it does not morally suffice. Personhood transcends endowment of some intellectual faculty. If personhood is dependent upon rationality, what are we to make of the mentally impaired, or of those who suffer severe dementia, the comatose, or, in this case, the not-yet-born?

Let’s make personhood much more basic. All that’s required to be a person is to be a member of the species. A human quite simply is a person, irrevocably and unqualifiedly. And thus it matters not at all whether someone is impaired, unconscious, or “viable.”

Consider the flip side. If membership in the species is not the standard, then it falls to whoever has the most power to establish criteria for which people “are people” and which “are not people.” If you possess all the guns, or all the clubs, or all the land, or a majority on the Supreme Court, you get to set the standards for who is and who is not a person. Sound frightening?

In fact, if you are a mother, you now have exactly that power.

In Roe vs. Wade, seven judges determined that a woman has a “right to privacy” based on her possession of her own body and its reproductive organs. She must be treated as autonomous and as possessing the right to terminate a child who is not yet “viable” (could not survive) outside of her womb. In other words, an unborn child’s dependence upon its mother is twisted to mean that the mother possesses the complete authority to determine whether or not the child is a viable person. A mother can dehumanize it if she wants. Prefers. Wills.

Since then, other philosophers have reasonably extended this will-to-power logic a step further, granting parents the same authority over their infants. And why not if membership in the species is not the standard?

Peel off all the Fourth of July, freedom-and-rights-talk niceties, and here we have the core of the pro-choice argument:

You are not a human person if I don’t want you to be. And I have the power to make it so.

The pro-choice regime has nothing deeper, nothing more rational, nothing more humane. That is the whole argument. I don’t want you to be a person.

We Would Be Gods

Which brings us to a darker interpretation of Clinton’s verbal slip. Maybe it wasn’t a slip at all. Maybe she meant to say person, meant to say child, meant to accustom our ears to hearing those words applied to abortion. She knows the arguments for the child’s humanity and personhood are inevitable. So let’s just get used to it.

“I believe that’s what a fetus is: a human life.” says one salon.com staff writer. “And that doesn’t make me one iota less solidly pro-choice.” After all: “All life is not equal.”

Is this where Clinton and the pro-choice movement are heading? Freely granting that we’re killing humans?

Dehumanizing your enemies isn’t the only way to justify a killing. You can also harden your conscience. Yes, that is a human person I am killing. So be it.

“What’s most disturbing about the Nazi phenomenon is not that the Nazis were madmen or monsters,” says David Livingstone Smith, “It’s that they were ordinary human beings.”

In between murderous military campaigns, Smith quotes Mark Twain as saying, humankind “washes the blood off his hands, and works for ‘the universal brotherhood of man’ with his mouth.”

C.S. Lewis, likewise, observed, “The greatest evil is not now done in those sordid ‘dens of crime’…[or] even in concentration camps and labour camps…it is conceived and ordered…in clean, carpeted, warmed and well-lighted offices, by quiet men with white collars and cut fingernails and smooth-shaven cheeks who do not need to raise their voices.” Maybe, like, on the Senate floor? Or in the doctor’s office?

No, not us, surely we are not that bad, are we?

Finally, in fact, Smith’s explanation does not go far enough. It’s not just that we dehumanize others, we divinize ourselves. We would be gods. We would judge who is and who is not human. We would grant ourselves power to assign life and death.