5 Reasons to Study the Bible 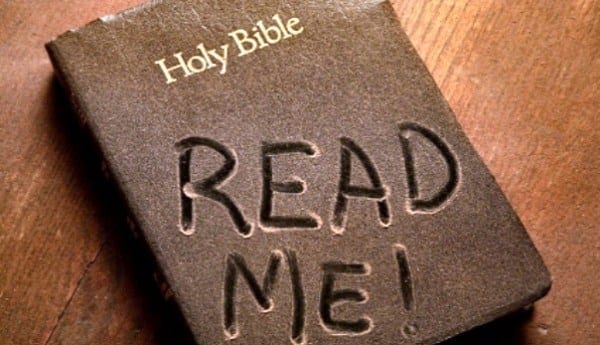 But here’s another reason: Richard Dawkins says you should. Richard Dawkins is the number-one atheist in the world today, and he said, “I want all our children to read the King James Bible.” Not for moral training, Dawkins was clear about that, but because it’s great literature. How do you like that?

2. The Bible had a great influence on our nation.
Take a look at William Federer’s book America’s God and Country Encyclopedia, and you’ll have the whole story. The Founders’ Bible, edited by David Bartlett, is a tremendous resource as well. It’s just the Bible from Genesis to Revelation, with quotes by America’s founders all the way through. George Washington said, “It’s impossible to rightly govern a nation without God and the Bible.” “The Bible is the best book in the world” — that’s John Adams. “No book in the world deserves to be so unceasingly studied and so profoundly meditated upon as the Bible,” said John Quincy Adams.

3. The Bible has had a tremendous influence on western civilization.
Richard Feynman is a great physicist, one of the best in last century. Now, he’s not a Christian, but he said, “Two things are the backbone of western civilization, and one is science and two is Christian ethics.” The best book on the subject is Alvin Schmidt’s How Christianity Changed the World.

If you’re a student of history, Will Durant’s material is great as well. Will Durant wrote 11 volumes on the history of civilization, showing how each civilization comes and goes, how they all end up in a heap of ash, and why. Each volume was about 1,000 pages, so after 10 volumes, you’re up to quite a few pages. Then, he wrote a book called The Lessons of History, distilling 14,000 or so pages on world history into 120 pages, which is an easier place to start for most of you.

4. Knowing the Bible is the mark of an educated person.
I won’t go into detail on this since the arguments for reasons 1-4 all apply here as well. I will say that if you’re educated, you should probably know Genesis is in the Old Testament, and you probably should know that Luke is in the New Testament. That’s fair enough, right?