The Argument for God from Morality 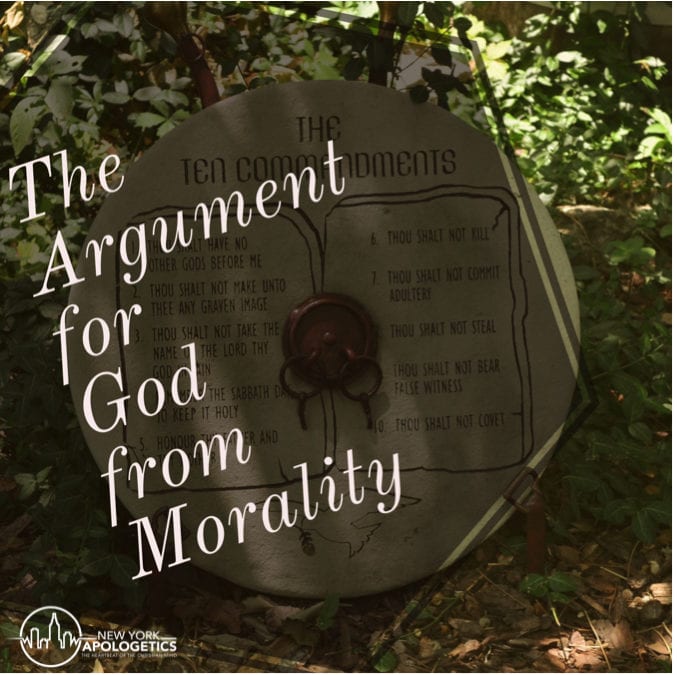 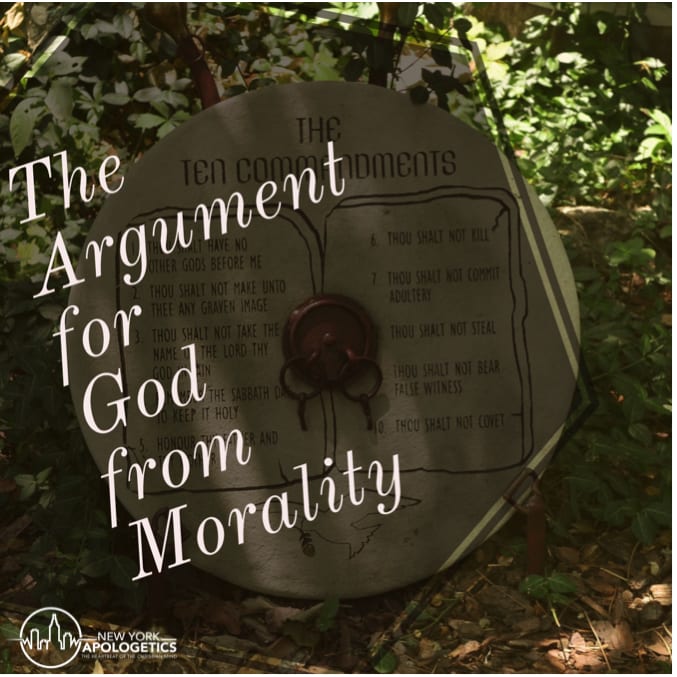 The Existence of Objective Moral Values and Duties

One powerful way to argue for the existence of God is to point to the existence of objective moral values and duties – that is, moral values that exist independent of time, circumstance, or belief. When a person says that slavery is wrong, for instance, they are (usually) not saying merely that they find slavery distasteful, or that they disagree with slavery personally. Instead, they are making a claim about the inherent wrongness of slavery, independent of whether anyone believes it or not. The problem for atheism is, if moral truths such as “slavery is objectively wrong” exist, then God must exist!

1. If God does not exist, then objective moral values and duties do not exist.

While the argument may seem simple, there is a great deal of plausibility underlying both of its premises. Let’s examine each of these individually.

First, if God does not exist, then objective moral values and duties do not exist. Consider what it would mean for the statement “slavery is objectively wrong” to be true. If slavery is objectively wrong, then an appeal to a higher standard than mere human belief must be made. It would not suffice to say that slavery is wrong just because most human beings happen to believe it. After all, it is not majority opinion that determines the truth or falsehood of something. Up until recent times, the institution of slavery was widely practiced and considered moral by most people and cultures. Are we willing to say that slavery was moral so long as most human societies adhered to it? Of course not!

Not even an appeal to evolution would justify the objective wrongness of slavery. Even if we were willing to grant that an inherent disgust for slavery has developed in us over a great deal of time through the mechanisms of random variation and natural selection (a tough case to make, by the way!), this would not be enough to establish the objectivity of the wrongness of slavery. In such a case, all one would be able to say about it is that we have been selected to find the practice repulsive, but this does not amount to wrongness any more than general human repulsion to snakes makes it immoral to keep a snake as a pet!

The only thing that would make slavery objectively immoral is if human beings were created for a specific purpose, such that enslaving them would be a profound violation of that purpose. In other words, if human beings had a right to be free from enslavement. Who else but the creator of humanity could endow us with such a right?

There are many clever ways that an atheist may try to avoid the truthfulness of the first premise of the argument, but most of their appeals will be to individual conscience, cultural mores, or instinct. Remember that none of these strategies are sufficient to establish the objective immorality of an act!

Finally, let’s turn to the second premise, that objective moral values and duties do exist. Many atheists will grant you this one. After all, the wrongness of certain behaviors is evident to anyone who must reckon with evil in the world, which is all of us. Still, there are those who will bite the bullet and maintain, even against their better judgment, that it is not really wrong to enslave a person, or to brutally murder a child, or to rape a defenseless woman. All they might be willing to say is that these actions repulse them personally, or that human societies have evolved to condemn those behaviors. Hold their feet to the fire! You will find that even the person who insists that there is no such thing as objective evil will act and speak as if evil does exist when they’re not defending turf. Don’t be afraid to graciously point out their inconsistency when you see it!

If both premises are true, then it follows logically that God exists – and as we have seen, there are good common sense reasons to believe that they are. Arguing from morality is merely one way to point to the existence of God, but you will find that it is perhaps the most effective way. When Nietzsche said that God is dead, he knew well what this meant: that objective morality had died with him. But do we live in such an amoral world? Do most people really believe that there is no such thing as objective rightness and wrongness? And if these things do exist, where do they come from? Any atheist who stops to think about it must reckon seriously with these questions if they want to make sense of the world as they actually experience it, and not how they’ve rationalized it to be.