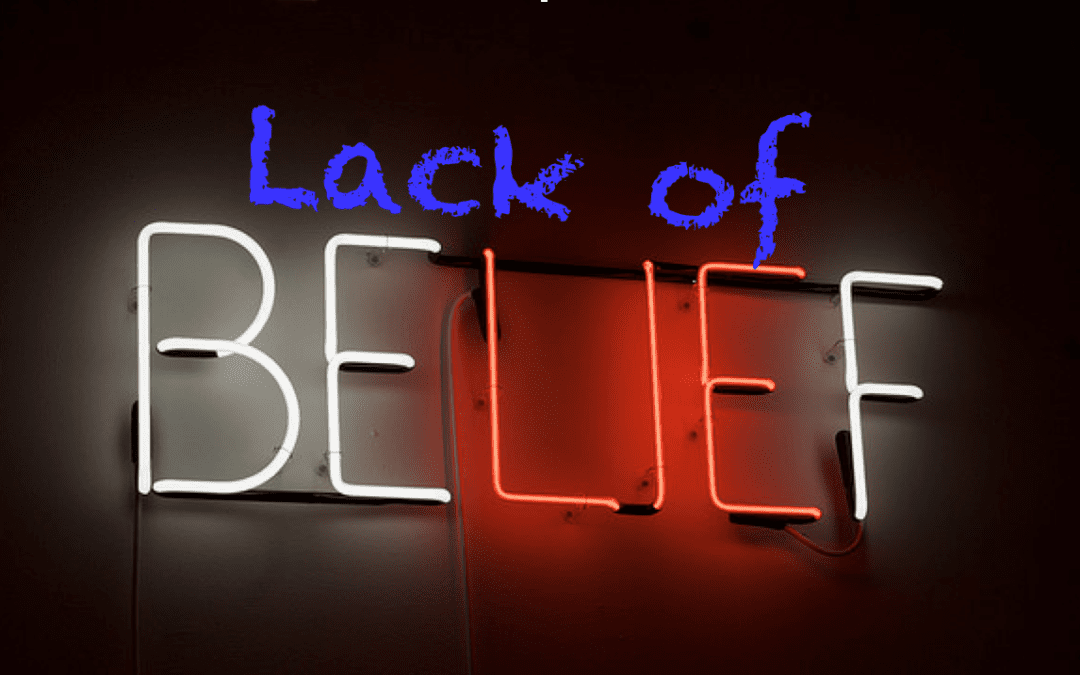 Atheists are trying to redefine what their position is by reinventing what the word atheism means.  As per the Merriam Webster dictionary, atheist means belief that there is no god, as compared to agnosticism which means a person who does not have a belief in a god.

If you lack a belief in a god, you are an agnostic, not an atheist.

This is so obvious that even atheist bloggers recognize it (see here – language warning).  Funny how atheists can’t even agree on what it is they are!

Below are nine conclusions that follow if you claim atheism is a “lack belief” in a god:

2. If you lack belief in god, you are just saying that I am not psychologically convinced.  So what, that offers no evidence for or against God.

3. Most people lack a belief in unguided evolution, yet no atheist would say that evolution is false or claim to be a-evolutionists.

4. If atheism is just a lack of belief in God, then rocks, trees, dogs and outhouses are all atheists just because they also lack a belief in a god.

5. The atheist who proclaims a lack of belief is really trying to avoid the burden of proof.

7. If lack of belief in a god means you are an atheist, then Christians are atheists since they lack belief in all other gods except one.

8. You don’t write books about things you lack belief in!

9. If atheists truly lacked belief, they wouldn’t care that other people are theists!  They wouldn’t argue as vigorously as they do against the theistic position, but the fact that they do shows they do have a belief.

If you’re an atheist, come clean – you don’t believe a god exists and we know it.  You are not neutral, and neither are theists.  Use the skepticism you have on your own position and see how well it stands up (see this video).

Now, lets get back to discussing the reasons you’re an atheist.